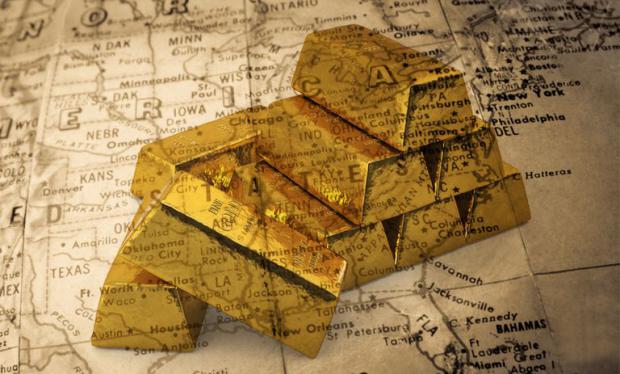 A lawyer has claimed the FBI secretly discovered $400 million in stolen Civil War gold bars buried in a Pennsylvania forest three years ago.

Harrisburg attorney William Cluck said Thursday he'd learned the name of the federal judge who ordered all records of the March 2018 excavation to be sealed.

'I got what I wanted,' Cluck told PennLive after submitting a Right-to-Know appeal.

He said he can now apply to the judge in question to unseal the records in the case.

Cluck's client is Finders Keepers LLC, treasure hunters who say they were banned from digging at Dents Run, where legend says gold bullion was buried.

The FBI later carried out work at the forest but said they didn't find anything.

According to the 155-year-old tale, a Union Army wagon train was carrying two tons of gold on a 400-mile journey between Wheeling, West Virginia, and Gettysburg.

The gold was sent by President Abraham Lincoln to pay Union soldiers but first had to make a stop at the US Mint in Philadelphia.

It was last spotted in St Marys, Pennsylvania, travelling northeast towards the capital.

When the wagon train didn't arrive at the Mint, searchers were sent out who discovered empty wagons and the bodies of dead soldiers.

Various accounts say that the lieutenant charged with leading the wagon had fallen into a fever and divulged the secret of their cargo to the lower ranking soldiers.

Roguish elements within his own squadron are then said to have slain the rest and made off with the treasure.