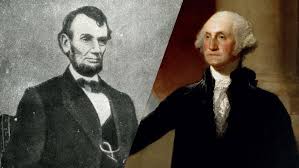 Schools in San Francisco, California, will be stripped of names honoring famous American leaders deemed unworthy because of a connection to slavery or other unsavory ties, including Presidents George Washington, Abraham Lincoln and Thomas Jefferson.

In all, 44 school will be renamed, even as critics of the decision cite the committee tasked with picking the schools did not receive enough input from historians and a lack knowledge about the current school names.

"In one instance, the committee didn't know whether Roosevelt Middle School was named after Theodore or Franklin Delano," the San Francisco Chronicle reported.

And despite concerns that the city has more important issues to address, including the coronavirus pandemic, rampant drug overdoses, and an ongoing homelessness epidemic, the city's school board believes it can handle multiple issues, including erasing history from the halls of education.

The Chronicle reported on the controversial move, which also includes stripping the school named after sitting Sen. Dianne Feinstein because as Mayor she replaced a Confederate flag that was vandalized at City Hall: