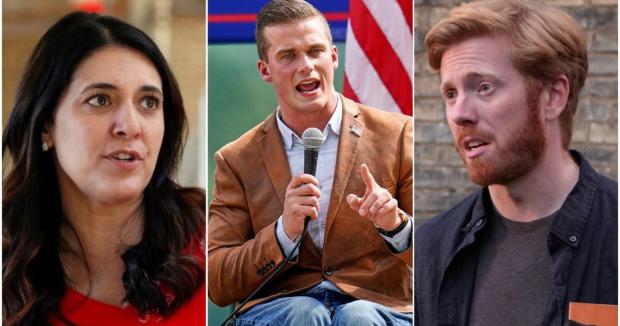 They sent a letter of fealty to Biden.

A group of freshmen RINOs in the U.S. House issued a letter to President-imposed Joe Biden begging him to work with them over the next four years.

"After two impeachments, lengthy inter-branch investigations, and most recently, the horrific attack on our nation's capital, it is clear that the partisan divide between Democrats and Republicans does not serve a single American," the turncoats wrote in their notice of unconditional surrender to Biden.

The lawmakers make it abundantly clear that they are willing to sweep massive election fraud under the rug in order to move forward and paper over their special interest masters.

"We hope to work with you to extend targeted, meaningful coronavirus relief for families and businesses, protect Americans with pre-existing conditions, strengthen and modernize our infrastructure, enforce our anti-trust laws against emboldened technology monopolies, and restore our economy struggling in the aftermath of the coronavirus pandemic," they wrote.

Wonder how many of thses turn coats got in due to Trump????