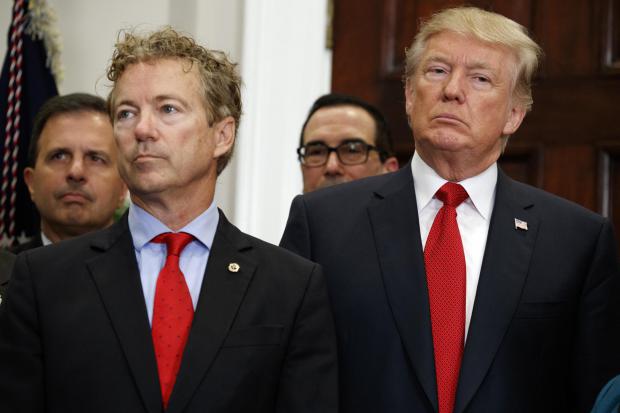 Paul proclaimed that Democrats are "angry, unhinged partisans, deranged by their hatred of the former president."

"Shame on those who seek blame and revenge, and who choose to pervert a constitutional process while doing so," Paul said on the Senate floor, adding "I want this body on record — every last person here."

"It's almost as if they have no ability to exist except in opposition to Donald Trump" Paul declared, explaining that they are more guilty of 'incitement' than Trump could be.

Paul further stated that while he voted against challenging the electoral college certification of the election, it is beyond the pale to attempt to cancel lawmakers who did.

"I disagreed. I don't think Congress should overturn the Electoral College but impeaching or censoring, or expelling a member of Congress you disagree with? Is the truth so narrow that only you know the truth?" the Senator noted, in a reference to voter fraud.