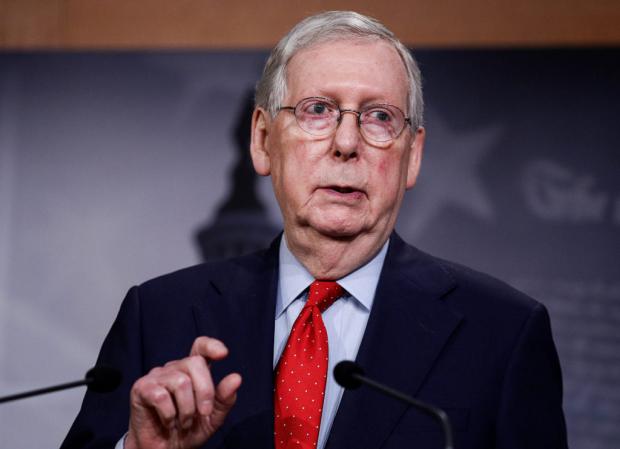 Senate Minority Leader Mitch McConnell on Monday set aside his demand that a provision preserving the legislative filibuster be included in his power-sharing agreement with Majority Leader Chuck Schumer -- paving the way for the upper chamber to officially form committees and start tackling major legislative issues on the Biden agenda.

McConnell, R-Ky., decided to relent Monday, he said, after two moderate Democrats doubled-down on their previous stances in support of the legislative filibuster. This almost certainly means that Democrats, many of whom have said they want to get rid of the filibuster, won't be able to do so for at least the next two years.

The filibuster places a 60-vote procedural hurdle in the way of bills passing through the chamber and is considered a hallmark of the Senate.

"I've been very clear with you guys," Sen. Joe Manchin, D-W.Va., said in response to reporters hounding him on his filibuster stance Monday. "We've got to come together, so I do not support doing away with the filibuster under any condition. It's not who I am."

The media attention on the filibuster -- because McConnell held up Senate business over the issue -- extracted two on-the-record statements from Democrats in favor of the filibuster. This likely will give McConnell leverage in the future if Schumer aims to get rid of it as he and many other Democrats have suggested.