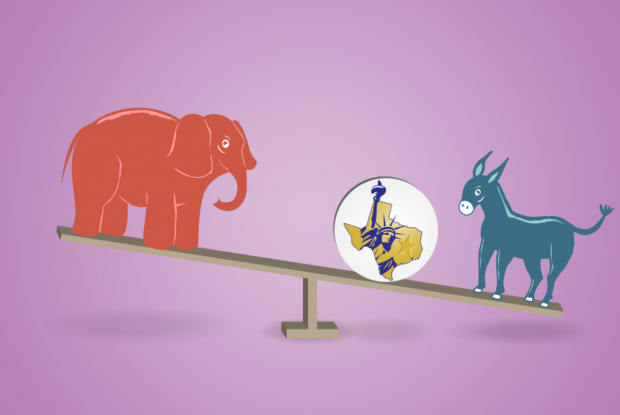 Democrats were better on foreign policy, while Republicans were horrible in that area.

Democrats were better on the drug war, while Republicans were atrocious.

Both of them have always been bad on trade, sanctions, travel, and immigration.

Libertarians have always been caught in the middle. Which would you prefer: To have your liberty destroyed in one particular area or another one?

Today, those distinctions have pretty much gone out the window. Republicans and Democrats have become equally fierce supporters of the welfare-warfare state. It is impossible to find any Republican who opposes, for example, Social Security, Medicare, and the federal income tax. At the same time, Democrats have become ardent supporters of the destruction of civil liberties, especially given their ardent support for "anti-terrorism" laws and "national-security" laws.

Raising a Standard to Achieve Liberty