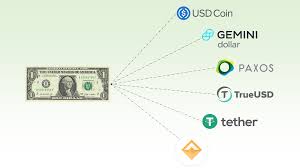 The OCC published a letter addressing as to whether federal savings associations and national banks could take part in independent node verification networks also known as blockchain networks or use stablecoins. The letter stated that these financial organizations could take part as nodes on a blockchain and validate or store payments.

An OCC press release warned that any banks that take part in independent node verification networks (INVN) must be mindful of operational, fraud or compliance risks when doing so. However, the OCC stated that INVNs "may be more resilient than other payment networks" because of the many nodes required verifying transactions, which in turn curb tampering.

The executive director of the Blockchain Association, Kristin Smith, stated on Twitter that, "the letter states that blockchains have the same status as other global financial networks, such as SWIFT, ACH, and FedWire."

Brian Brooks who is the current Comptroller of the Currency, claimed in a statement that though other countries have constructed real-time payments systems, the U.S. "has relied on" the private sector to make such technologies. This apparently endorses the use of crypto, especially stablecoins as a replacement to other real-time payment platforms.