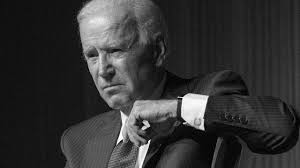 In total, $145 million in so-called dark money donations, "a type of fundraising Democrats have decried for years," backed the Biden campaign - and combined with his $1.5 billion record-breaking haul. Of note, Biden's campaign called for banning certain types of nonprofits from spending money to influence elections, and that any organization spending over $10,000 to benefit a candidate register with the Federal Election Commission (FEC) and disclose its donors.

They didn't specifically call on their own supporters to do so, however.

That amount of dark money dwarfs the $28.4 million spent on behalf of his rival, former President Donald Trump. And it tops the previous record of $113 million in anonymous donations backing Republican presidential nominee Mitt Romney in 2012.

Democrats have said they want to ban dark money as uniquely corrupting, since it allows supporters to quietly back a candidate without scrutiny. Yet in their effort to defeat Trump in 2020, they embraced it. -Bloomberg