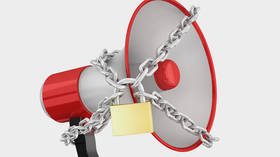 In Nancy Pelosi's "Twenty Twenty-One," members of the Democratic Party engage in the Two Hours Hate against Donald Trump, who is supposed to be the enemy of the people, but may actually just be a fabricated symbol to distract the people from their real enemy — Big Tech.

Two hours of hate — er, debate — was held in the House of Representatives last Wednesday for the avowed purpose of removing a president of the United States. That's all it took. Two hours. That should tell you everything you need to know about the state of democracy in our country.

More time is routinely spent on picking wallpaper. But let's face it, most families wouldn't trust Congress to pick out wallpaper for their living room, so why should we trust these self-appointed moral arbiters to pick our president?

Rep. Doug LaMalfa, a Republican representative from California, put it plainly in his 90-second speech when he said the "second annual impeachment" of Donald Trump "isn't really about actual words spoken at a rally. No, this is all about the unbridled hatred of this president [by Democrats]. You use any extreme language and any process to oppose the core of what he has really fought for. You hate him because he is pro-life, the strongest ever. You hate him for fighting for the freedom of religion. … You hate him for Israel. You hate him for defending our borders. … You hate him for putting America first."

They certainly shouldn't hate him — or impeach him — just for telling a rally crowd that "everyone here will soon be marching over to the Capitol building to peacefully and patriotically make your voices heard." But that's what they did. In two hours.

And before they ever got around to impeaching Trump, they de-platformed him. With stunning suddenness, Trump went from the most powerful man in the world to a cornered, desperate fugitive. Twitter, Facebook, Instagram, Google — they all came for him. Most importantly, they came for us. Everyone who sided with the president, everyone who agreed with the president about the questions of election fraud, we are all now guilty by association, and Big Tech has turned its sights on all of us.

Will Snow White be canceled next? Revamped ride at Disneyland sparks backlash over...