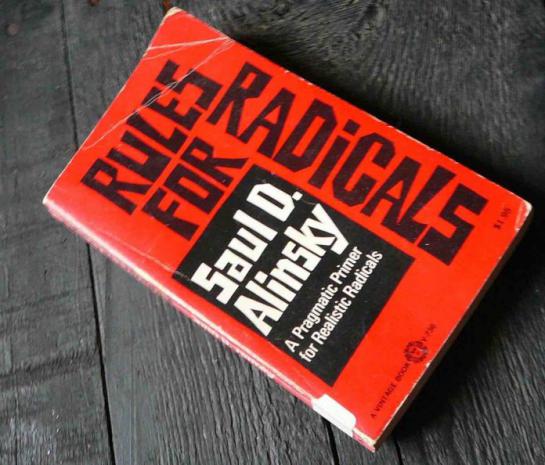 People who don't support Leftist policies and Leftists themselves (like Joe Biden) for instance. But it's ok to force the owner of a private business to do business with you, if you're a Leftist – because then property rights aren't ok.

The Leftist Saul Alinsky wrote about this a long time ago. He thought it was ok to use the opponents of Leftism's ideas against them. Property rights, for instance. Leftists have been extremely successful using these tactics, which paralyze the Left's opponents because they are not willing to attack that which they defend, even when it means their ruin.

Viz, the last selection, in which respect for playing fair let the side that probably didn't "win" the selection. Viz, the suicidal defense by the not-Left of the Left's property rights when the Left "de-platforms," "de-monetizes," "shadow bans" and outright bans the not-Left on the Left's nearly monopolistic privately owned social media/Internet (and soon, banking and other such) businesses.

We have the right to do it, the Left exclaims . . . and the not-Left agrees. Which is one of the main reasons the Left wins while the not-Left usually loses.