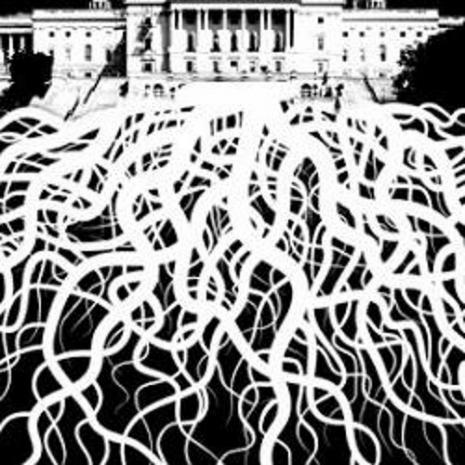 "You have such a fervent, passionate, evangelical faith in this country…why in the name of God don't you have any faith in the system of government you're so hell-bent to protect? You want to defend the United States of America, then defend it with the tools it supplies you with—its Constitution. You ask for a mandate, General, from a ballot box. You don't steal it after midnight, when the country has its back turned."—Seven Days in May (1964)

No doubt about it: the coup d'etat was successful.

That January 6 attempt by so-called insurrectionists to overturn the election results was not the real coup, however. Those who answered President Trump's call to march on the Capitol were merely the fall guys, manipulated into creating the perfect crisis for the Deep State—a.k.a. the Police State a.k.a. the Military Industrial Complex a.k.a. the Techno-Corporate State a.k.a. the Surveillance State—to swoop in and take control.

It took no time at all for the switch to be thrown and the nation's capital to be placed under a military lockdown, online speech forums restricted, and individuals with subversive or controversial viewpoints ferreted out, investigated, shamed and/or shunned.

This new order didn't emerge into being this week, or this month, or even this year, however.

We've been mired in this swamp for decades now.

Every successive president starting with Franklin D. Roosevelt has been bought lock, stock and barrel and made to dance to the Deep State's tune.