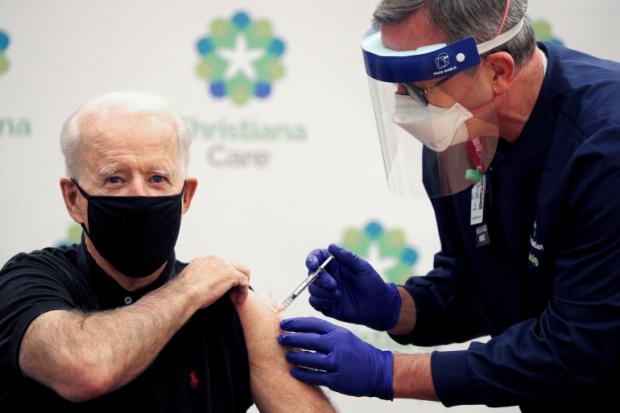 Dr. Anthony Fauci, the head of the National Institute of Allergy and Infectious Diseases and the chief medical adviser to new U.S. President Joe Biden, told the executive board of the World Health Organization Thursday during a videoconference that the U.S. will join the COVID-19 Vaccines Global Access Facility, or COVAX, an international alliance led by WHO, the Coalition for Epidemic Preparedness Innovations and Gavi, The Vaccine Alliance, an organization founded by Bill and Melinda Gates to vaccinate children in the world's poorest countries.

Fauci also said the U.S. would fulfill its financial obligations to the United Nations health agency and maintain its previous staffing commitments.  His remarks came one day after Biden issued an order on his first day in office pledging to restore Washington's ties with WHO.

Biden's predecessor, Donald Trump, announced in May that he was withdrawing the U.S. from the WHO, accusing the agency of helping China cover up the extent of the coronavirus, which was first detected in the central city of Wuhan in late 2019.

"This is a good day for WHO and a good day for global health," said WHO Director-General Tedros Adhanom Ghebreyesus in response to Fauci's announcement.

In a related story, Reuters news agency says the COVAX initiative announced Thursday that it is aiming to deliver 1.8 billion doses of COVID-19 vaccine to poor countries in 2021, and hopes to fulfill supply deals for wealthier ones in the second half of the year.