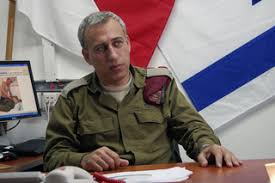 As we first pointed out on Wednesday, Israel - which has been leading the world in the race to vaccinate its entire (relatively small) population - is quickly learning that Pfizer's COVID-19 jabs aren't nearly as effective as the 95% efficacy rate advertised via the Phase 3 trial results released by the company and the FDA.

The chart below, first shared as part of  Pfizer's Phase 3 trial data, suggested that there might be a short delay before immunity begins in patients who received the vaccne. 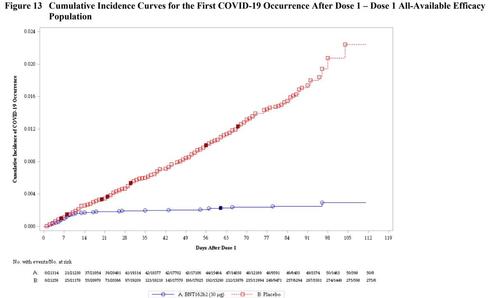 However, in Israel, health experts revealed yesterday that the immunity provided by the vaccine, especially during the initial weeks between the first and second dose, might be even lower than all that.

Because on Wednesday, Dr. Nachman Ash, better known to some as "Israel's Dr. Fauci", said the first batch of COVID jabs didn't increase immunity as much as they had hoped.

He told local media Army Radio that "many people have been infected between the first and second injections of the vaccine," adding that It can take 10 days or more for the immunity to kick in.

Of course, none of this is particularly unexpected. As we first reported three weeks ago, local media in Israel reported that hundreds of patients had been infected after receiving their first dose.

Israel also saw its fair share of patients with "adverse" health reactions, with one doctor even passing away shortly after receiving the first dose, as the country rushed to vaccinate its citizens with jabs that are still very much untested.