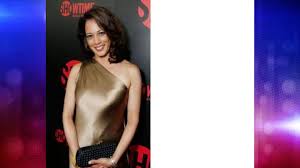 The star of the Joe and Kammy Regime Change Show

During the 2000s, I came face to face with Baghdad's Green Zone multiple times.

I always stayed, and worked, in the hyper-volatile Red Zone – as you may check in my 2007 book Red Zone Blues.

We knew then that blowback would be inevitable.

But still, we could never have imagined such a graphic simulacrum: the Green Zone fully replicated in the heart of imperial D.C. – complete with walls, barbed wire, multiple checkpoints, heavily armed guards.

That is even more significant because it ends a full "new world order" geopolitical cycle: the empire started bombing – and cluster bombing – Iraq 30 years ago. Desert Storm was launched in January 17, 1991.

The Blue Zone is now "protected" by a massive 26,000 plus troop surge – way more than Afghanistan and Iraq combined. The Forever Wars – which you may now relieve through my archives – have come back full circle.