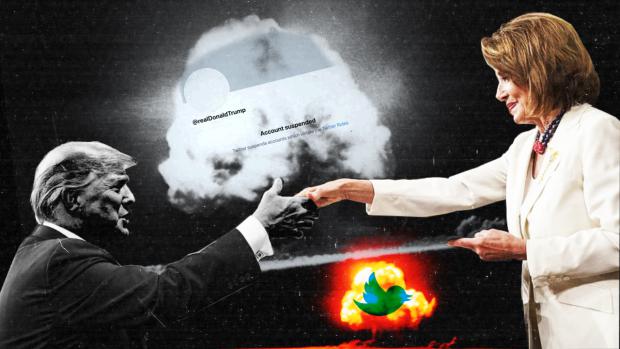 (Natural News) In the age of President Donald Trump, nothing is as it seems as one norm, one system, after another has been torn asunder by his political enemies in their never-ending, maniacal effort to depose him.

And every step of the way, the garbage 'establishment media' has been in on those efforts.

In recent days, several hundred of the president's supporters broke away from the main group that had gathered to hear him speak Jan. 6, the day Congress was to meet in joint session to certify electoral ballots for Joe Biden in a stolen election. Frustrated and angry that too few lawmakers were at least willing to stand up and object to slates of electors in states that unconstitutionally changed their voting rules ahead of Nov. 3, those Trump supporters fought past barricades and Capitol Police officers and broke into the U.S. Capitol Building.

Was it wrong? Sure it was — but only to people who aren't supporters of President Trump, the same ones who believe that Antifa and BLM rioting all last summer, to include attacks against police stations and the siege of a federal courthouse in Portland, were perfectly fine and were simply 'mostly peaceful demonstrations against racial injustice.'

After the assault on the Capitol, Democrats and their media sycophants all claimed that Trump "incited an insurrection" when it fact, he never asked or ordered his supporters to storm the building. In fact, he said just the opposite:

We have come to demand that Congress do the right thing and only count the electors who have been lawfully slated, lawfully slated. I know that everyone here will soon be marching over to the Capitol building to peacefully and patriotically make your voices heard. Today we will see whether Republicans stand strong for integrity of our elections, but whether or not they stand strong for our country, our country.