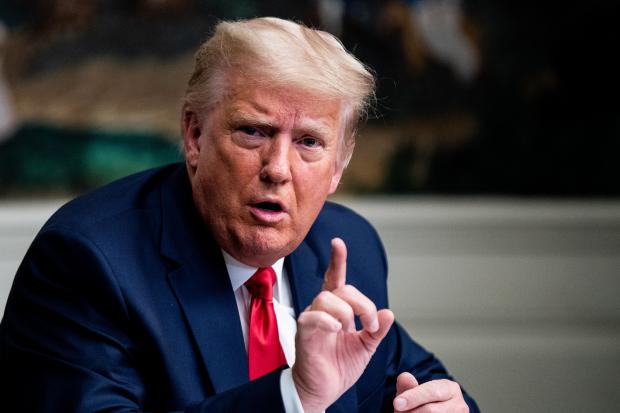 Importantly, Trump has not conceded anything, and if you parse the words of his most recent video statement, there is absolutely no concession in it and no naming of Joe Biden as president:

A new administration will be inaugurated on January 20th. … my priority is to ensure a smooth, orderly and seamless transition of power. This moment calls for healing and reconciliation.

But why would Trump still be refusing to concede while trying to make people think he's conceding? Because according to one source that has briefed me, the globalist controllers are threatening to detonate dirty bombs in every US state representing a senator who voted against the Biden slate of electors. The threat against Trump is that if he does not concede, the dirty bombs will be set off, killing hundreds of thousands of Americans.

Yet Trump fully realizes that far more American would die under the totalitarian communist-run regime represented by Joe Biden. Trump isn't going to be threatened into quitting.

In fact, as I cover in today's podcast, Trump is in a secure location and he's fighting from there, alongside loyal forces of the US military who are preparing for decisive action against the deep state traitors who are desperate to remove Trump from power by any means necessary.

Nancy Pelosy, who will obvious face arrest and prosecution for treason if Trump secures his second term, is running around D.C. like a crazed hyena, trying to get Pence to invoke the 25th Amendment to remove Trump immediately. An impeachment "trial" is scheduled for Monday to try to remove Trump by other means, claiming that Trump still has access to the nuclear codes and might unleash a nuclear missile.