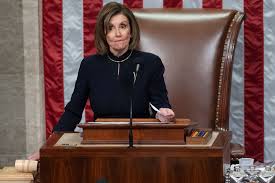 The Constitution permits impeachment and removal of the president for "Treason, Bribery, or other high Crimes and Misdemeanors."

There's no reasonable claim that President Donald Trump's speech, which largely focused on disputed, but credible, claims of election irregularities, was treasonous or involved a bribe. And in the absence of proof of deliberate incitement to riot, it wasn't a "high Crime."

So, as in the former Trump impeachment, the only potential basis for removal from office would be commission of a "high … Misdemeanor." (We know from founding-era evidence that in the Constitution the adjective "high" modifies "Misdemeanor" as well as "Crime.")