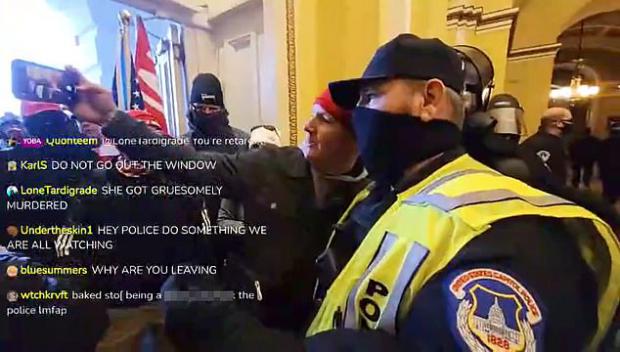 It comes after hundreds gained access to offices during Wednesday's riot

The Department of Justice has warned that national security secrets may have been stolen from the Capitol after hundreds of Donald Trump's mob ransacked its offices.

Rioters were pictured at the desks of high-ranking members of Congress, including Speaker Nancy Pelosi, with unfettered access to dossiers, computers and phones.

It comes amid questions over the lax security and claims from a Metro DC cop that off-duty military and police personnel were among the thugs and 'flashing their ID badges' at their on-duty colleagues.

Michael Sherwin, acting US attorney for the District of Columbia, said 'items, electronic items were stolen from senators' offices, documents and ... we have to identify what was done to mitigate that.'

The prosecutor said an investigation could take 'several days to flesh out exactly what happened, what was stolen, what wasn't.'

Bill And Melinda Gates Getting Divorce