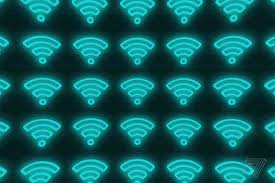 Wi-Fi is about to get a lot better. Many of this year's new phones, laptops, TVs, routers, and more will come with support for Wi-Fi 6E, a new upgrade to Wi-Fi that's essentially like expanding your wireless connection from a two-lane road to an eight-lane highway. It's the biggest upgrade to Wi-Fi in 20 years, and connections should be faster and a lot more reliable because of it.

The Wi-Fi Alliance, the industry-wide group that oversees Wi-Fi, is now starting to certify the first wave of products with support for Wi-Fi 6E. Phones, PCs, and laptops with support should start hitting the market in the first months of 2021, according to the IDC research group, and TVs and VR devices with support are expected to arrive by the middle of the year.

Some of the first devices are likely to be announced over the next week. During CES, which kicks off on January 11th, router companies will preview what they have coming up for the year. Samsung is also planning to announce its next flagship phones, the Galaxy S21 series, and some if not all of them are likely to have support for Wi-Fi 6E thanks to the Snapdragon 888 processor. Because the chip includes support for it, Wi-Fi 6E should be present in many of this year's top Android phones.