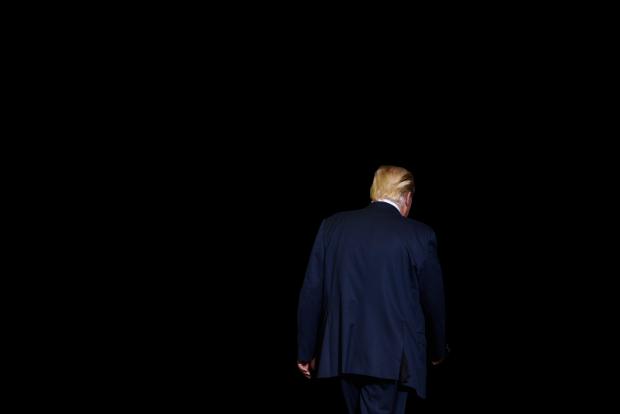 And so Wednesday was, but it was also disastrous for the party and the movement Trump has led for the last five years.

Wednesday, the defeats of Senators Kelly Loeffler and David Perdue in Georgia's runoff elections were confirmed. This translates into the GOP losing the Senate for the next two years.

And the new 50-50 split will put Vice President-elect Kamala Harris, the president of the Senate on Jan. 20, in position to cast the deciding vote on every major issue where the two parties are evenly divided.

Wednesday, there also came the acceptance by both houses of Congress of Joe Biden's 306-232 electoral vote victory over Trump. The last potential hurdle to Biden's inauguration as 46th president of the United States has been removed.

But the worst of the day's events for Trump came when a segment of a friendly crowd of 50,000 he just addressed concluded its march down the mall to the U.S. Capitol by smashing its way into the building and invading and occupying the Senate and House chambers.

Members of Congress were forced to flee and hide. A protester, an Air Force veteran, was shot to death by a Capitol cop. Vice President Mike Pence, who was chairing the joint session, was taken into protective custody by his Secret Service detail. Doors were broken open. Windows were smashed, and the building was trashed.