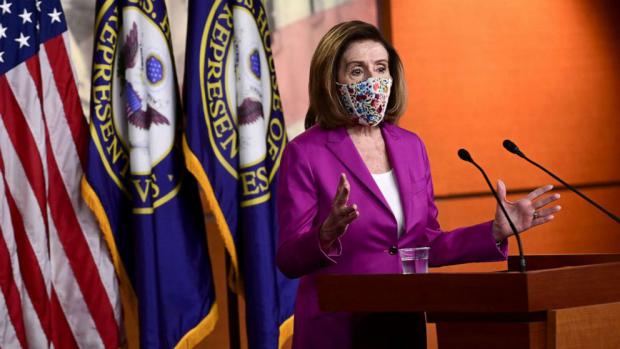 Update (1800ET): Speaker Pelosi has decided she wants the last word before the evening news shows begin and has released the following statement reiterating - once again - the exact same threats/promises she delivered earlier:

It is the hope of Members that the President will immediately resign. But if he does not, I have instructed the Rules Committee to be prepared to move forward with Congressman Jamie Raskin's 25th Amendment legislation and a motion for impeachment.

Accordingly, the House will preserve every option including the 25th Amendment, a motion to impeach or a privileged resolution for impeachment.

With great respect, our deliberations will continue."

Update (1635ET): A few minutes after the Democrats' articles of impeachment were leaked (well timed ahead of the evening news cycle) and after President-Elect Biden would not be drawn on whether this decision was a good idea with only days in President Trump's term to go, The White House has issued a brief statement claiming that the impeachment article that may be brought against President Trump is "politically motivated"

"As President Trump said yesterday, this is a time for healing and unity as one Nation.

A politically motivated impeachment against a President with 12 days remaining in his term will only serve to further divide our great country."

1 Comments in Response to Pelosi 'Hopes' Trump Will "Immediately Resign"....

Strange, I was thinking of the same thing for Pelosi.... Shummer and a bunch of others