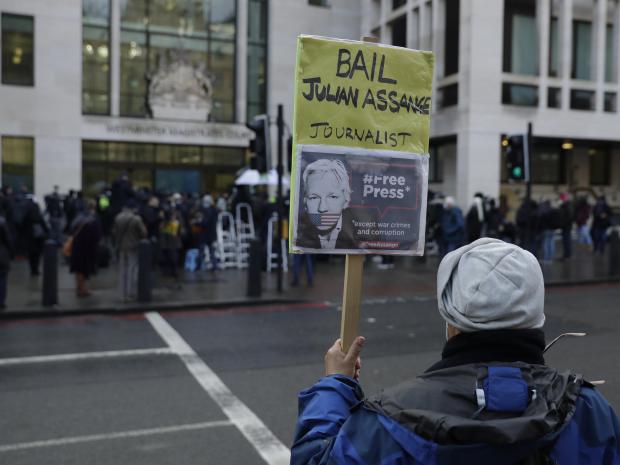 "I am satisfied that there are substantial grounds for believing that if Mr Assange is released today he would fail to surrender to court to face the appeal proceedings," Judge Vanessa Baraitser told the  London Westminster Magistrates Court Wednesday morning, denying his bail.

The United States is currently appealing the decision to block extradition, which was made on humanitarian grounds with Baraitser previously conceding that the US charges have merit, but that the harshness of the US prison system - particularly the supermax where Assange would likely end up - means his health would be in danger and he's at risk of suicide.

The judge added in her comments Wednesday to deny bail: "As far as Mr Assange is concerned this case has not yet been won... the outcome of this appeal is not yet known."

The lawyer representing the US Justice Dept. at the hearing argued that given Assange had already holed up at the Ecuadorian Embassy in London for seven years while fleeing authorities, it was likely he'd try to leave the United Kingdom while the appeal was pending.

There are no charges pending against Julian Assange in the UK. A UK judge denied the US's request to extradite him, the only place where charges are pending.

Despite this, the judge just ruled he must remain imprisoned - in a COVID-ridden high-security prison - while US appeals.