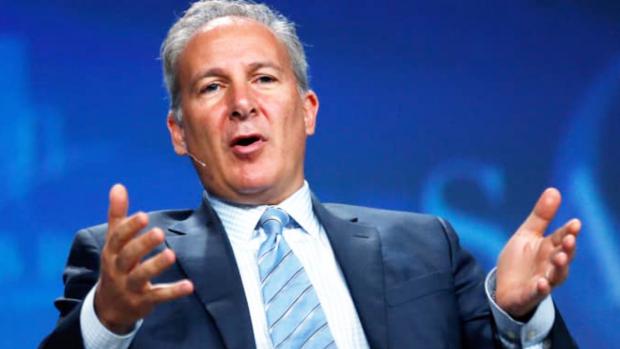 'Your Understanding of Money is Flawed'

Gold bug Peter Schiff was confronted by his son, Spencer Schiff, on Monday after he accused TV personality and bitcoin proponent Max Keiser of not understanding the concept of fiat money.

"According to Max Keiser, I oppose bitcoin because I'm a fiat addict. In the bizarro world of bitcoin, gold is the new fiat," Peter Schiff tweeted. "Clearly, Max Keiser doesn't understand the concept of fiat, or how it differs from legitimate currency or actual money. That explains his bitcoin fixation." At the time of this writing, his tweet got 354 comments and was liked 877 times and retweeted 67 times.

Among those who commented was his son, an 18-year-old bitcoin proponent. Spencer Schiff, a college freshman and student of Austrian economics, replied to his father's tweet:

Your understanding of money is flawed. You think the key determinant of a money's soundness is possession of 'intrinsic value', a nonsensical concept. What differentiates sound money from fiat money is the former's emergence on the free market rather than by coercive State edicts.