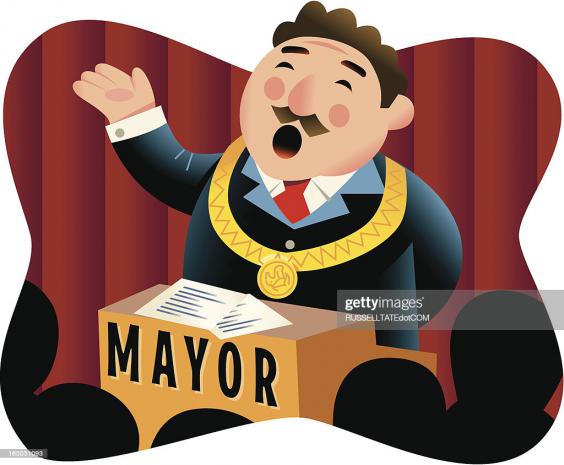 "There are times that I wonder if today's Democrats see George Orwell's 1984 not as a warning but a model of good government."

In celebration of a 2020 that desperately needs to come to an end, here is a list of the Top 10 Worst Mayors in the nation. These mayors most definitely use Orwell's 1984 as their policies and procedures manual, if not their Bible.

Several of the mayors have overseen a mass exodus of people from their cities, and even their state in a 10-month period. But most of all, every one of these mayors stand out as abject failures of governance, with constituents that literally despise them.

Without further adieu, here is the Top 10 Worst Mayor's list for 2020:

Denver Mayor Michael Hancock could have stayed under the radar and never made it to the Top 10 on this list. But thanks to his Holiday Hypocrisy, he landed firmly in the final spot.

"According to the news report, Denver Mayor Michael Hancock was spotted leaving the state to go spend Thanksgiving with his daughter in Mississippi.  The Mayor's office said that the Mayor had canceled his big holiday dinner this year, but "traveled alone" (aside from the whole public transportation and flying from a crowded airport thing).

"His flight allegedly also took off 30 minutes after he posted this little gem to his Twitter account:"

Pass the potatoes, not COVID.

?????Stay home as much as you can, especially if you're sick.
????Host virtual gatherings instead of in-person dinners.
?Avoid travel, if you can.
????Order your holiday meal from a local eatery.
????Shop online with a small business for #BlackFriday. pic.twitter.com/acQpWs2Ism