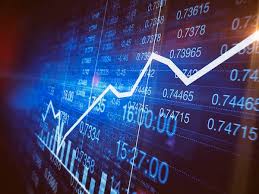 International Man: Markets have extreme emotions. They can go from irrational exuberance—where it seems everyone is swinging from the chandeliers—to a bottom-of-the-barrel bear market where people don't even want to look at the business section.

Why is assessing the psychology of the market so important?

Doug Casey: The market, as Warren Buffett has pointed out, can be either a weighing machine or a voting machine. You can make money in the market either way, but you have to recognize which machine is giving you signals.

Although Mr. Market sees and knows almost everything, he pays the most attention to the voting machine, because he's basically bipolar, a manic-depressive. As a result, not only do you have to deal with the psychological aberrations of millions of other people who are running in a crowd and voting with their dollars, but much more important, you have to deal with your own psychology. You are, after all, part of the market.

The only thing you can control, however, is your own psychology, not that of the market's other participants. Once again quoting Buffett, "Be fearful when others are greedy. Be greedy when others are fearful."

It's a bit easier for me because I've been wired that way almost from birth, which got me into constant trouble in school. I was always labeled a troublemaker—an enemy of authority. Be that as it may, I just don't like people telling me what to do. This can be a double-edged sword because one of the oldest sayings in the market is "the trend is your friend." Most of the time, you actually want to go with the trend.

In other words, you don't want to swim against the tide. You'll get beat up and washed away, eventually.

What are some of the craziest things you've seen at market tops?