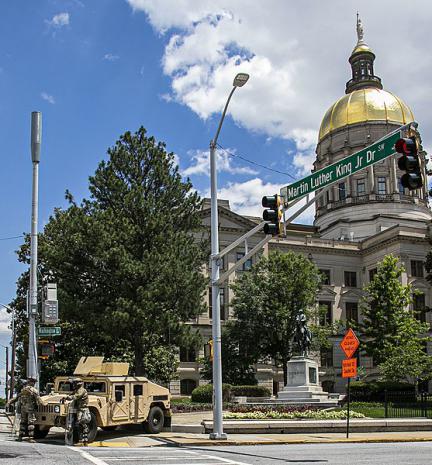 The GOP-controlled GA State Senate released a report this morning on the massive election fraud that occurred in the state before, during, and after the poll on Nov 3rd in the U.S. general election.

The conclusions are damning.

Below is the executive summary of the report…

The November 3, 2020 General Election (the "Election") was chaotic and any reported results must be viewed as untrustworthy. The Subcommittee took evidence from witnesses and received affidavits sworn under oath. The Subcommittee heard evidence that proper protocols were not used to ensure chain of custody of the ballots throughout the Election, after the opening of ballots prior to the Election, and during the recounts. The Subcommittee heard testimony that it was possible or even likely that large numbers of fraudulent ballots were introduced into the pool of ballots that were counted as voted; there is no way of tracing the ballots after they have been separated from the point of origin. The Subcommittee heard testimony of pristine ballots whose origin looked suspicious or which could not be verified and the inability of poll workers to distinguish between test ballots and absentee ballots. Signatures were not consistently verified according to law in the absentee balloting process.

Poll watchers on Election Night testified that they had noted that ballots were not secured, that seals and security tags were not used, and the chain of custody was often lax or non-existent. During the recount process, the monitors observed similar patterns of unsecured ballots that had broken seals and open cases of ballots laying around for hours or overnight in unsecured locations. There was a lack of enforcement of the law, sloppy handling of the ballots by those counting, deliberate covering-up of voting numbers by workers, lack of following the process during the recount, unsafe handling of military ballots, and insecure data such as on laptops and flash drives. According to submitted testimony, there were also many equipment failures when ballots would not go through the machines and other times when ballots were counted more than once.