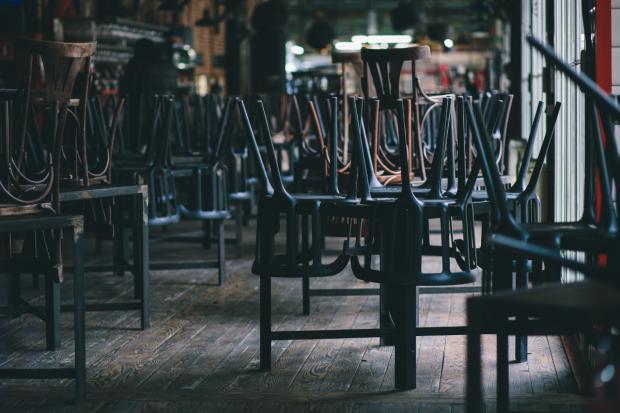 New Year's Eve is one of the most profitable nights of the year for restaurants and bars, but this year it will be full of misery industrywide.

"In past years, the run-up to the holidays was the time for everyone in the business to make money to carry us through the lean months of winter," Kip Michel, general manager of renowned Brooklyn pizza joint Roberta's, told Bloomberg. "It's a tough time this year."

A recent Morning Consult survey found that only 7% of Americans are expected to attend New Year's Eve celebrations at a restaurant this year. This is more bad news for eateries from New York to Chicago to San Francisco.

"It's going to be a dramatic loss of revenue," said Andrew Rigie, executive director of the NYC Hospitality Alliance, a group that represents restaurants and bars in New York. He said the restrictions plus the lack of people attending eateries tonight would hurt businesses and workers, adding, "with employees either out of work or making a fraction of the tips they would normally make."

The restaurant industry has had one of the most challenging years on record.

The National Restaurant Association warned earlier this month that more than one hundred thousand restaurants are permanently closed because of virus-related public health restrictions issued by the government.

"This night is normally huge for us because we do a food and drink package and sell out," said Dusty Carpenter, director of operations and managing partner for Another Round Hospitality Group, which owns D.S. Tequila. For many patrons, New Year's Eve this year is "an afterthought."