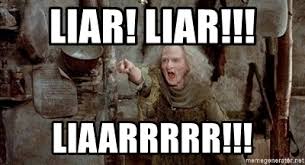 During a recent interview with The New York Times, fake clown "doctor" Anthony Fauci openly admitted that everything he has been saying all this time about "herd" immunity and the need for mass Wuhan coronavirus (COVID-19) vaccination was a lie aimed at manipulating more of the public into getting jabbed.

Initially, Fauci had claimed that only about 60 percent of Americans needed to be vaccinated in order to eliminate the WuFlu. That percentage gradually crept up over time, however, first to 70 percent, then 75 percent, then 80 percent, then more than 80 percent – Fauci now admitting that he just made up numbers on the fly.

Why did he do this, you are probably thinking to yourself? The garden gnome impersonator now claims that as increasingly more Americans said, at least in polls, that they would agree to get President Donald Trump's "Operation Warp Speed" COVID-19 vaccines, Fauci decided to up the numbers to reflect that.

"When polls said only about half of all Americans would take a vaccine, I was saying herd immunity would take 70 to 75 percent," Fauci is quoted as saying. "Then, when newer surveys said 60 percent or more would take it, I thought, 'I can nudge this up a bit,' so I went to 80, 85."