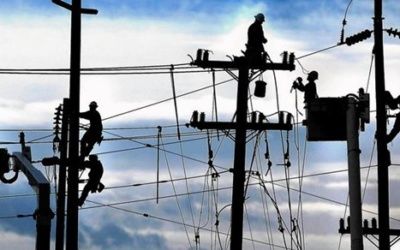 From 2016 to 2019, China's total investment in transforming and upgrading rural power grids reached RMB830 billion (US$150 billion), and the average power outage time in rural areas was reduced to about 15 hours (900 Minutes) per year.

California PGE has a report on outages in 2019 when high winds caused many "safety" shutdowns. They did not include planned shutdowns and like to report a statistic where they exclude "major events".

In 2020, for multiple days millions of customers had rotating blackout lasting hours.

In 2004, Lawrence Berkeley National Laboratory (LBNL) estimated that the annual costs of U.S. power outages are at least $22 billion and maybe as high as $135 billion. This was before California's problems with a poorly maintained grid and poorly maintained forests and over reliance on wind and solar made things much worse.

Don't get me wrong. I'm not different than most. But this is America. It isn't some place where we get together in socialism. We need to join in neighborhoods, and provide our joint diesel powered generators. Or, maybe we each should have our own. Get rid of the grid. Or save it for the poor in the big cities. And get laws changed if government won't allow you to do this. After all, CA Gov Newsom is on the recall list with better than half the signatures needed. We can get the others in government fired by recalling and electing all the legislature if they won't do what we want.