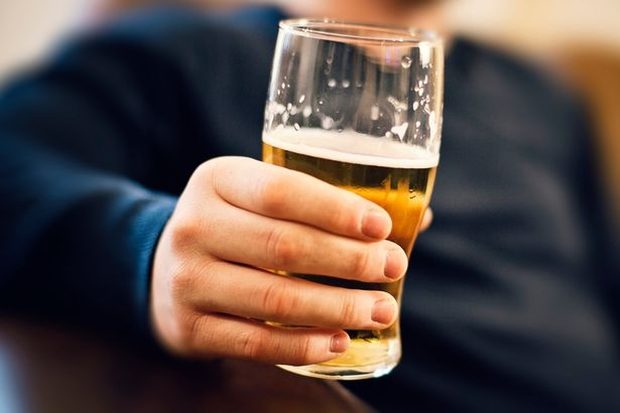 And it isn't alone. Pennsylvania has banned indoor dining through the end of the year, but dozens of businesses are banding together to defy the mandate.

It's a few days before Christmas in Bethlehem, Pennsylvania, and there is plenty of room at Seven Sirens Brewing Company.

The brewery's 7,000-square-foot tasting room has a fire code capacity of 320, but during happy hour on Monday, there are only about a dozen patrons scattered around the place, sitting in ones and twos at socially distanced tables and sipping beers served by two masked bartenders. Whether they know it or not, everyone here is engaged in an act of civil disobedience, challenging Pennsylvania's ban on indoor drinking and dining that will continue through New Year's Day, at least. It's a policy that assumes all establishments in the state are equally risky—that a tiny, crowded diner or coffee shop is no different than a massive, mostly empty beer hall.

"We're not doing anything wrong," says co-owner Jordan Serulneck, a 32-year old with a full beard and surprisingly cheerful attitude given everything that's happened since Seven Sirens opened in mid-February—just weeks before the pandemic hit. "It was the best timing," he says with a weary laugh.

When Pennsylvania Governor Tom Wolf ordered indoor dining to close in March, Serulneck dutifully shut his doors. But what started out as a temporary shutdown was extended several times before the restrictions were finally lifted during the summer. When a new statewide shutdown of bars, restaurants, and breweries was ordered for the Wednesday night before the Thanksgiving holiday—typically a major night for social gatherings—Seven Sirens refused to yield. The newest ban on indoor drinking and dining went into effect on December 12, but 10 days later the beer is still flowing here.