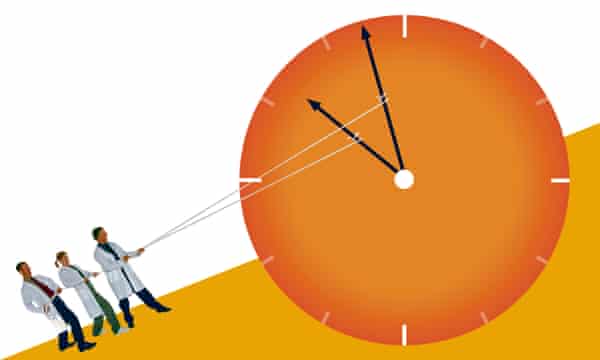 The research suggests this mechanism could be translatable to humans, offering new research pathways in the search for an anti-aging drug.

Mitochondria are tiny structures that act like cellular power plants. As we age mitochondria become increasingly dysfunctional and, in the search for lifespan-extending medicines, some scientists are looking at ways to repair these fundamental structures.

When mitochondria are damaged a process called mitochondrial unfolded protein response (UPRmt) is sometimes triggered. This mechanism involves the repair of mitochondria, and some anti-aging researchers suspect we could live longer if this process could be activated by taking a drug.

"Even though aging is not a disease, drugs may slow down aging and mitigate or prevent its negative effects on our health," says Eriko Kage-Nakadai, one of the scientists working on the new research.

Kage-Nakadai led a team of scientists from Osaka City University to set out to discover whether there are any pre-existing drugs that can trigger UPRmt. The first step involved screening around 3,000 known drugs in worms that had been genetically engineered to glow when a gene called hsp-6 is activated. This gene is known to be highly expressed during the process of UPRmt.

One drug called metolazone quickly stood out as significant in its effect on the hsp-6 gene. Metolazone is a common drug used to treat high blood pressure and it has been in clinical use for nearly 50 years.