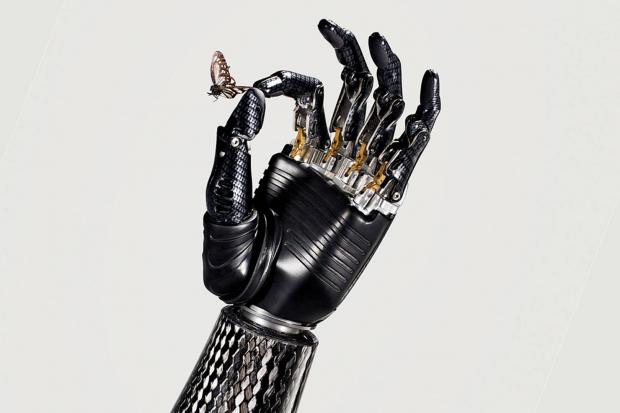 A Texan man has built his own bionic hand using artificial intelligence (AI) after three years of research.

After finding most bionic hands can cost up to $150,000, Ryan Saavedra, 27, set out to create one at a fraction of the cost.

When attached to the limb of an amputee, it is capable of intuitive finger movements and clasping objects such as cups.

Saavedra's company, Alt-Bionics, has already made a prototype that costs less than $700 (£520) to produce, and is now working to commercialise the device.

Alt-Bionics, which was founded in June 2020, will be manufacturing bionic hands for those with below-elbow amputations or congenital disorders, and later plans to expand to other areas of prosthetics.

It aspires to develop 'affordable bionic prostheses for those who could otherwise not afford them'.

'I learned that these devices can range anywhere from $10k to $150k,' said Saavedra, CEO and founder of Alt-Bionics and an engineering graduate at the University of Texas at San Antonio.

'As an engineer, and having worked with some familiar components, this didn't seem right to me.

'I decided to try to learn as much as I could about bionic prostheses and set out to try and build one for much less.'