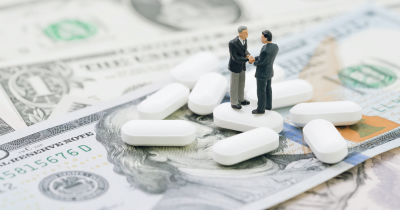 The FDA has a serious chip on its shoulder regarding the approval process, and its mandate to protect the public by ensuring the safety, efficacy, and security of drugs.  There is clear evidence that its edicts are actually harming the American population, especially with its overreach into the Expanded Access program which allows doctors to choose experimental drugs for their patients.  Leronlimab, a drug developed by CytoDyn, is a perfect example of a very safe and efficacious HIV drug that was repurposed for COVID-19.  It demonstrated its utility in May 2020.  Even though it had 60 emergency INDs (eINDs) more than any drug at the time including remdesivir, the FDA closed it down citing that the high number of eIND's was hurting enrollment in existing clinical trials.  The manuscript by Dr. Otto Yang is the smoking gun evidence that leronlimab worked very early in the pandemic and for some unexplained reason was passed over by the administration.  In the manuscript readers will find a 17.4% mortality rate during a time where the mortality rate trended between 60 - 80% in this very critical patient population.  The FDA's rationale for the closure of the eINDs was that it was hurting enrollment in the existing clinical trials.  Since May doctors who saw the drug worked have had no access to it nor did the ban boost enrollment..

"I am committed to releasing safe and potentially helpful treatments for COVID-19 as quickly as possible in order to save lives."

He must have meant every drug developed by big pharma.  Leronlimab made by small pharmaceutical maker CytoDyn demonstrated that it was potentially helpful back in May with its 60+ eINDs and here it sits, two successful clinical trials later - waiting.  The severe to critical COVID-19 trial finished enrollment of its 390 patients and  is expected to read out in the next 3-4 weeks.  The independent Drug Safety Monitoring Committee (DSMC) reported that leronlimab is expected to meet its primary endpoint which is a mortality benefit.