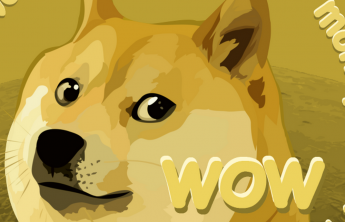 Elon Musk has sent shares of Dogecoin up nearly 20 per cent after tweeting about the cryptocurrency on Sunday.

The Tesla CEO posted: 'One word: Doge' to his more than 40million Twitter followers after sharing a series of jibes at Bitcoin, the dominant cryptocurrency, which he called 'BS'.

His banter caught the attention of MicroStrategy CEO Michael Saylor, a famous fan of Bitcoin, who advised Musk to convert the Tesla balance sheet from USD to Bitcoin.

Musk regularly shares cryptic posts about cryptocurrency but earlier this year said he was 'neither here nor there on Bitcoin'.

His opinions on digital currency are closely watched however as he was one of the founders of online payment system PayPal.

The cryptocurrency that began as a parody inspired by a meme now has a market value of nearly $570million, CNN reported.

Musk, a tech billionaire who is also the CEO of SpaceX, changed his Twitter bio to 'Former CEO of Dogecoin'.

The motive behind Musk's tweets is unknown but this isn't the first time Musk has given a shout out to the cryptocurrency.

In July, he posted a meme showing Dogecoin as a cloud engulfing the global financial system, represented by a town.

'It's inevitable,' Musk wrote in the tweet, which sent shares up 14% in response, according to CNN.