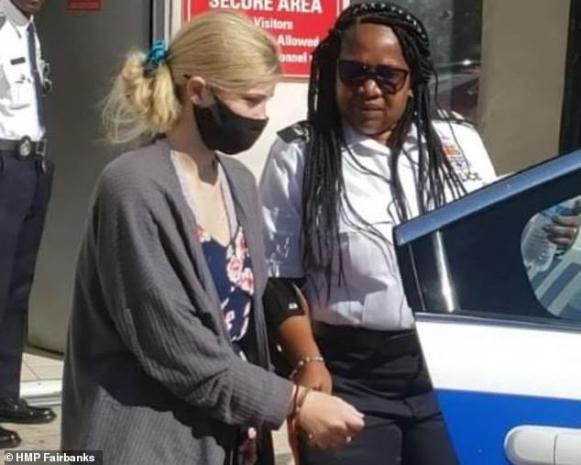 The 18-year-old college student sentenced to four months in a Cayman Island jail for violating quarantine measures is only having to serve time because government officials 'needed to make a statement,' according to the teen's grandmother.

Jeanne Mack, Skylar Mack's grandmother, spoke with Fox News's 'America Newsroom' on Friday when she shared that the family was 'very disappointed' in the teen but felt that officials 'want to hang her for this.'

Local officials say Mack violated the 14-day quarantine requirement after two days, initially asking government officials to loosen the wristband that was used to monitor her because it was too tight.

She is then said to have slipped out of the equipment before attending boyfriend Vanjae Ramjeet's jet ski competition. Both her and Ramjeet were sentenced to four months in prison after their previous sentence of 40 hours of community service and $2,600 fine was overturned.

'They needed to make a statement,' grandmother Mack said. 'Their government is accusing her of causing major anxiety of everybody that was on the island but it's because they're not telling them that she was negative – she does not have the virus, she never has had the virus.'

Mack voiced her annoyance that the aspiring med student appeared to be the first person to be met with such a serious punishment. She noted that others from other countries had violated the order but were just given fines.