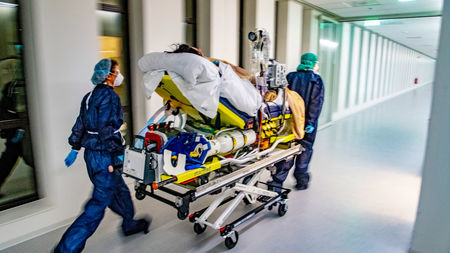 Grand County, in the sparsely-populated (but breathtaking) northwestern quarter of the state, is home to fewer than 15,000 people and has been lucky enough to endure only a handful of deaths related to the Wuhan Virus.

Bock sounded furious in her interview with CBS4 News in Denver, and with good reason. Grand County's economy is heavily reliant on tourism, and as Bock told CBS4, "It's absurd that they would even put that on there."

"Would you want to go to a county that has really high death numbers?" she asked, presumably rhetorically.

"Would you want to go visit that county because they are contagious? You know I might get it, and I could die if all of a sudden one county has a high death count. We don't have it, and we don't need those numbers inflated."

Bock told CBS4 that because the victims had tested positive for COVID-19 within 30 days of having been shot by gunfire, the county classified them as "deaths among cases."

That's a curious definition, but one required by the national reporting rules created by the Centers for Disease Control and Prevention.