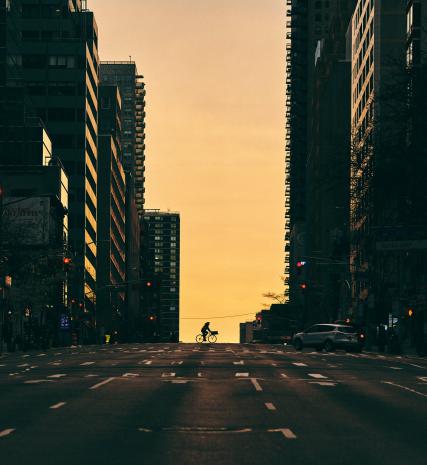 According to Bloomberg, this means that the city's skyscrapers are empty once again as coronavirus cases, hospitalizations, and deaths are surge, keeping workers at home.

Mobile-phone location data from Placer.ai shows foot traffic in the first week of December was 20.4% of what it was back in 2019 and down from 24.2% in late October to the lowest since August.

Placer.ai's data offers a sobering reality that despite vaccine distribution across the country, the once hopeful return of office workers to the financial district was nothing more than a distant dream as a second wave of the pandemic has resulted in companies allowing employees to work from home on a more longer-term basis.

Foot-traffic data around major Wall Street banks and One World Trade Center and the Empire State Building have recently experienced a slump in activity. Offices of technology companies, including Alphabet's Google, and others showed the same as remote working has left Manhattan a ghost town.

Goldman Sachs and Morgan Stanley, which made strides over the summer to bring employees back to their offices, also exhibited similar declining foot traffic activity.

Ibrahim Rakhmad, who sells food around 200 Park Avenue, the MetLife building, warned of an apocalyptic outlook this winter:

"It's bad, so bad," Rakhmad said. "Bad winter is coming. What are we going to do? Everyone's gone."

The lack of workers in the financial district and across other parts of Manhattan is having a direct and indirect impact on the local economy that will prolong the downturn.