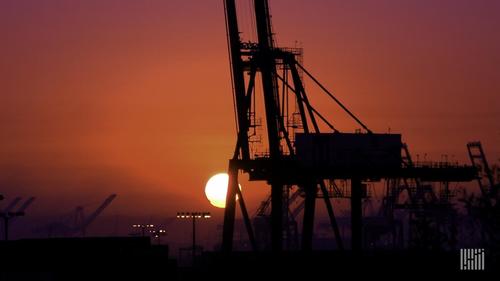 By Kim Link-Wills of FreightWaves,

November container volume at the Port of Los Angeles was up 22% year-over-year to more than 889,000 twenty-foot equivalent units (TEUs). That number could have been closer to 990,000, according to Executive Director Gene Seroka.

"It's worth noting that there were 12 ships at anchor on November 30 awaiting berthing rights here in Los Angeles with an estimated 100,000 TEUs on board. Those vessels were delayed by about two days and thus shifted into our December data," Seroka reported during a virtual press conference Tuesday. Seroka said 88 container vessels called the Port of LA in November. There were nine "extra loaders," added calls because of high demand in Asia, and there were no canceled sailings.

"After 11 months of year-on-year cargo declines, we've now stitched together four consecutive months — August through November — of year-on-year growth. During this period, the monthly TEU average was almost 930,000 units, an indicator of the powerful import surge and its duration," he said.