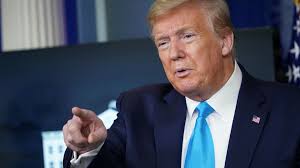 Just when President Trump is being written off by everyone as a lame duck President, a bold plan to to capture the 2020 election, on behalf of the current President is taking shape.

Trump recently told the Fox Business Network on Thursday that he wants to draw down troops from Afghanistan, by Christmas, so they're not too worn out if they are needed for wars against China, Russia, or North Korea.  There is another theater of war that Fox News forgot to mention and that is the United States of America. It strongly appears that Trump is bringing the troops home to use domestically in order to invoke the Insurrection Act in response to the coup perpetrated by the voter fraud in the recent Presidential election.

There are several moving parts to this drama, so please pay close attention.

The firing of Deep State operative, Esper, was a long time coming. As far back as June 3rd, Esper held a news conference in which he appeared to publicly criticized Trump about the idea of invoking the Insurrection Act, which would allow the president to use active-duty military personnel for crowd control.