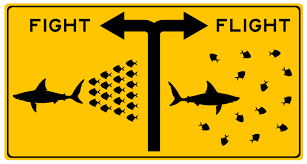 Now I will make the case for joining the fight against the Great Reset.

As more than half the country sleep-walks into the clutches of Marxism and tyranny, they fail to heed the wisdom of those who experienced the cruelty, oppression, and degradation after a similar revolution in the last century.

"A revolution never brings prosperity to a nation, but benefits only a few shameless opportunists, while to the country as a whole it heralds countless deaths, widespread impoverishment, and, in the gravest cases, a long-lasting degeneration of the people." – Aleksandr Solzhenitsyn

Schumer's slip of the tongue about changing the world and then putting on his mask (to push the masks work narrative) and declaring he will change the country when they win the two Georgia Senate seats reveals the global nature of this ongoing coup attempt by the global elites and the Deep State. I was highly suspicious of the engineered hysteria for this China flu back in March when I wrote P for Pandemic and stand by my conclusions reached nine months ago:

The national chains will collect their government largess, produce PR campaigns to pat themselves on the back, and abscond with the profits of the now deceased small businesses. The corporate fascists will become ever more powerful. Why are we letting this happen?"