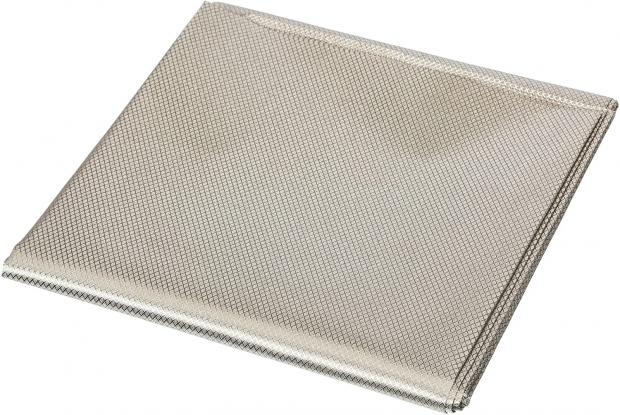 The key ingredient is a 2D material called MXene, and the development could help protect wearables from interference and people from potentially dangerous radiation.

Electromagnetic waves have proven incredibly useful for modern technology – but between radio, TV, Wi-Fi, Bluetooth, cellular phone networks and other devices, the airwaves are getting clogged up. Interference can make these important connections unstable and slow, and interrupt the function of electronic devices.

As such, vital components within devices are often wrapped in shielding materials like copper foil. The problem is, these can add bulk to the overall device, and since they reflect the waves the overall noise is still there.

Enter MXenes, a class of conductive, two-dimensional materials that are gaining interest for their promise in making sprayable antennas, conductive clays, and faster-charging battery electrodes. A few months ago, the Drexel team described how one particular MXene, titanium carbonitride, made an excellent EM-shielding material. Not only is it incredibly thin – just a few atoms thick – but it actually absorbs signals rather than reflecting them, so it cleans up the airwaves a bit in the process.

In the new study, the researchers found a new application for the MXene shielding – fabrics that block electromagnetic waves. They dipped samples of cotton and linen into an MXene solution and found that the end result could block more than 99.9 percent of signals.

On closer inspection, it seems that flakes of the material stick well to the fabric fibers, thanks to their electric charge. This produces a durable coating that doesn't need other pre- or post-treatment processes like other conductive materials, the team says.

In other tests, the fabrics proved their staying power. After being stored at regular conditions for two years, the samples only had relatively small drops in shielding effectiveness of between eight and 13 percent.