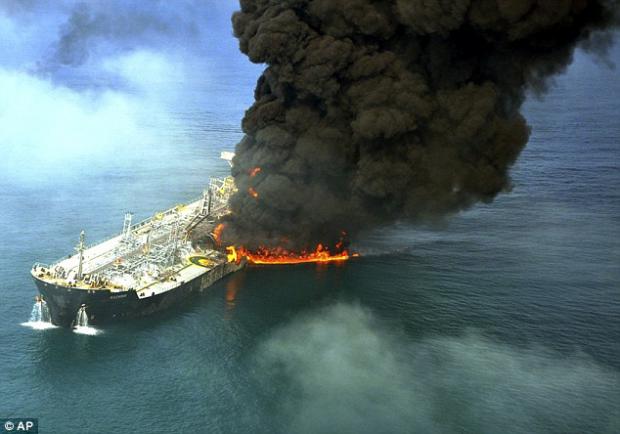 BW Rhine was "hit from an external source whilst discharging at approximately 00:40 local time on 14 December 2020," AP News said, citing a statement from Haifna, "causing an explosion and subsequent fire onboard."

The incident occurred off Saudi Arabia's port city of Jeddah.

At the time of the incident, the vessel was carrying more than 60,000 metric tons of gasoline from an Aramco refinery at Yanbu.

Haifna said the explosion caused a fire on board the vessel. It was reported that all 22 sailors exited the ship without injury and hours later, firefighters extinguished the blaze.

"The Master immediately ceased all discharge operations and enacted emergency procedures onboard."

Hafnia said further "it is possible that some oil has escaped from the vessel, but this has not been confirmed and instrumentation currently indicates that oil levels on board are at the same level as before the incident."

Yemen's Iranian-backed Houthi rebels have been known to deploy sea mines in the Red Sea waters. The body of water is a critical transit zone for global shipping and energy products.

So far, no one has claimed responsibility for the attack.