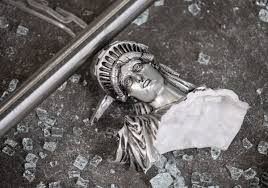 I am among those who believe that our Western civilization is on its way to perishing. It has many commendable qualities, most of which it has borrowed from the Christian ethic, but it lacks the element of moral wisdom that would give it permanence. Future historians will record that we of the twentieth century had intelligence enough to create a great civilization but not the moral wisdom to preserve it.

What is called Western Civilization is in an advanced state of decomposition, and another Dark Ages will soon be upon us, if, indeed, it has not already begun. With the Media, especially television, governing all our lives, as they indubitably do, it is easily imaginable that this might happen without our noticing… by accustoming us to the gradual deterioration of our values.

There is no question that by nearly any metric the West is by far the most successful civilization in history. Among its many spectacular accomplishments, the West has attained affluence and material prosperity that were previously unimaginable. Its scientific advancements and technological progress seem like the stuff of science fiction. Its military power and strength are without equal. But not only do Westerners enjoy unprecedented degree of wealth, health and security, they are also guaranteed unequalled personal liberties and political rights. In short, the West has achieved what those who lived in other civilizations could only dream of. The affluence, freedoms and safety available to Westerners are by any historical measure beyond extraordinary. One clear present-day indicator of the West's staggering success is the countless people from all over the globe willing to take great risks and pay almost any price to come and live here.