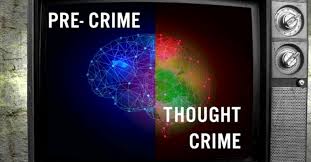 -At the World Economic Forum's 2016 meeting, panelists suggest that different ways of scanning the brain and brain mapping could be incorporated into the legal system and used by lawyers as part of trials, including against you.

-If brain mapping became mainstream, it could have major applications applicable to the law, such that even if a person chooses not to confess, their brain could be tapped to do it for them.

-There is currently no such thing as protection of "freedom of thought" the way there is protection for freedom of speech, and the notion of "mental privacy" isn't even on the radar; yet, brain decoding technology is being slated for use against the public.

-One WEF panelist said it's just a matter of time before there will be portable brain decoding technology that decodes language as fast as you can text on your cell phone.

-"Everyone will wear them, because people have shown that they're quite willing to give up privacy for convenience;" a prototype could be here in the next decade.

Davos is a city in Switzerland, known as much for its excellent skiing as it is for hosting the World Economic Forum (WEF) annual meeting. The meeting is formally described as "the most creative force for engaging the world's top leaders in collaborative activities to shape the global, regional and industry agendas at the beginning of each year."

This elite oligarchy, however, is behind a technocratic plan to govern society through technology, programmed by scientists and technicians and automated through the use of artificial intelligence, rather than through democratically elected politicians and government leaders. The video above shows snippets of the World Economic Forum's 2016 meeting, with narrative by Truthstream Media.