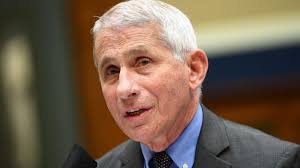 Cuomo expressed frustration over recent surveys showing a significant portion of Americans remain skeptical about taking a vaccine for the Chinese coronavirus when it becomes ready and available. On Tuesday, the Food and Drug Administration (FDA) released a review, indicating the vaccination from Pfizer and BioNTech satisfies initial requirements, meaning emergency use authorization (EUA) could be forthcoming as early as this week.

"But 75 percent to 80 percent needs to be vaccinated to hit critical mass on the vaccination and that's a problem if you have 50 percent saying 'I'm not taking it,' but we have to hit 75 to 80," he continued.

Reaching 75-80 percent, the governor said, is "going to be very hard to reach," but Cuomo added that officials are going to be "very aggressive" on public education and outreach.