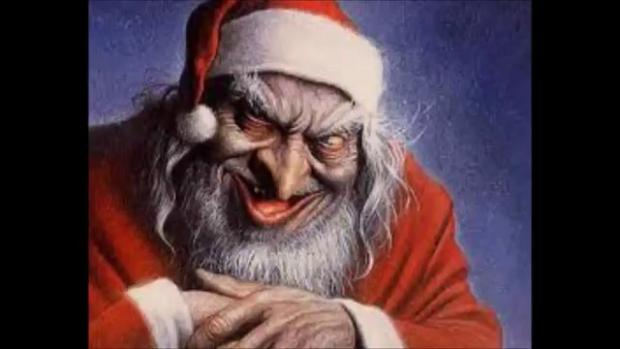 A leftist hired to play Santa Claus left a little boy in tears after he scolded him for asking for a Nerf Gun for Christmas.

After the child tells him that he wants the toy, the activist tells him "no, no guns."

The mother of the boy steps in to clarify to the man that her boy said a Nerf Gun, which is a toy.

"Nope, not even a Nerf Gun," the activist Santa replies. "Nope. If your dad wants to get it for you that's fine, but I can't bring it to you," he says, not knowing if the child's father is even in his life or not.

"What else would you like? There's lots of other toys, there's Legos, there's bicycles, there's cars and trucks," the Santa asks. "What do you think?"

The hostile Bad Santa continues to prod the boy until he breaks down in tears.

At this point his mom, who is holding a baby, steps in and lets him know that he will still get a Nerf Gun.

Liberal Santa sends Young Boy Away in Tears After Refusing to Gift Him a Nerf Gun for Christmas @Hasbro pic.twitter.com/9QbKtxcJGK

2 Comments in Response to 'NO GUNS': Leftist Santa Scolds Little Boy and Leaves Him in Tears After He Asks for a Nerf

Must have been a liberal. Leftists love guns.

For a while my phone had this ring tone that was so lyrical that it formed words in my mind. I can't type the tune but here are the words that aggregated around it: Santa was a fag at least the people would all say that he used to dress in drag and join in all of the raindeer games which really wasn't that bad, he looked happy and he was loosing weight but then he told his dad worst day he ever had. A phantasm of drunken stupor or dire prophecy for our nation? You decide, dear reader.