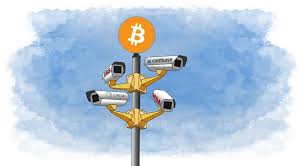 During the interview, the prominent libertarian said when bitcoin came out he was still in congress and he thought the most important thing to do at the time was make it legal. Paul stressed that he advises cryptocurrency advocates to be vigilant toward the government's future intrusive financial meddling.

Making Sure Bitcoin Remains Legal
Ron Paul is one of the most beloved libertarians alive today and when he speaks a great number of people listen. Paul is an author of many books that encourage liberty and he also argues for the circumvention of unwarranted government entities like the Internal Revenue Service (IRS) and the Federal Reserve. The former congressman and presidential candidate has always been a staunch supporter of free markets, libertarianism, and a proponent of safe-haven assets like gold.

During the last few years, Paul has shared his thoughts about bitcoin and the crypto economy many times in the past. Moreover, even though he's not super well-versed in the technology, he likes cryptocurrencies for "philosophic and legalistic reasons."

On December 5, 2020, Paul appeared on the recent Stephan Livera Podcast episode 234 and discussed bitcoin and free markets for over 30 minutes. As usual, Paul was a critic of the U.S. federal government's fiscal policies on the show, and he even questioned the existence of the American tax policy. As far as bitcoin and cryptocurrencies are concerned, Paul said: "I think there's a lot of questions to be answered and I don't think the conclusion is there yet."