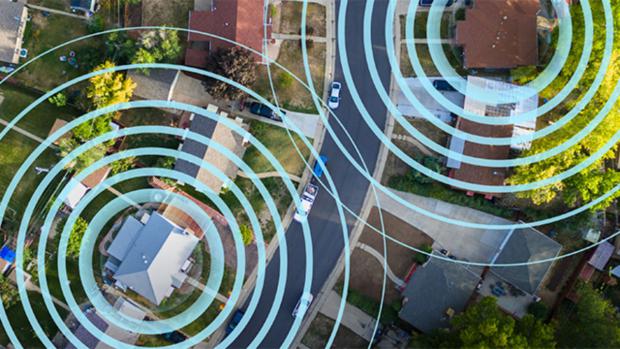 Amazon has had its sights set on the smart home ever since Alexa came along -- but now the online megaretailer is thinking bigger, and envisioning entire smart neighborhoods. First announced in 2019, the effort is called Amazon Sidewalk, and it uses a small fraction of your home's Wi-Fi bandwidth to pass wireless low-energy Bluetooth and 900MHz radio signals between compatible devices across far greater distances than Wi-Fi is capable of on its own -- in some cases, as far as half a mile, Amazon says.

You'll share that bandwidth with your neighbors, creating a sort of network of networks that any Sidewalk-compatible device can take advantage of. Along with making sure things like outdoor smart lights and smart garage door openers stay connected when your Wi-Fi can't quite reach them, that'll help things like Tile trackers stay in touch if you drop your wallet while you're out on a walk, or if your dog hops the fence.

Maybe most noteworthy of all is that Amazon Sidewalk doesn't require any new hardware, at least not for short-range benefits like easier device pairing. Instead, it arrived as a free software update to the Echo speakers and Ring cameras people already have in their homes. Anyone with a Ring Spotlight or Floodlight cam, or anyone who gets the new, spherical Echo or the Echo Show 10 will also be able to use those new 900MHz connections to extend the range of their smart home by up to half a mile, at least with Sidewalk-enabled devices. They'll also contribute to that large-scale, out-of-home network that other users can take advantage of.

And yes -- you can turn Sidewalk off.