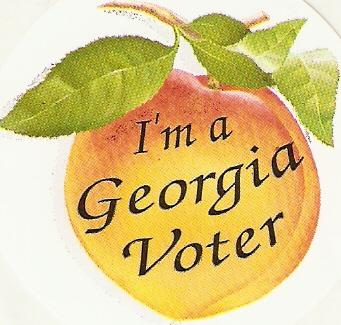 The Republican Party, which won nearly half the national vote, will have no check on the Democrats, aside from the Senate's filibuster rule. Although that rule requires a supermajority to pass some legislation and appointments, it can be abolished by a simple majority when the new Senate convenes.

Preventing one-party rule is one of the strongest arguments advanced by Republican incumbent Sens. Kelly Loeffler and David Perdue. They are reminding voters of the threat posed by Senate Democratic leader Chuck Schumer, who proudly announced: "Now we take Georgia, then we change the world." That might be a winning line for national fundraising, but it's more problematic for the Georgia electorate. Not many voters there want to "change the world," so Warnock and Ossoff are downplaying it. Don't expect to see Schumer on the stump in Atlanta, Augusta, or Macon.

It's understandable that the national debate should focus on which party will control the Senate and just how radical the Democrats' program will be if they do. But just beneath the surface lurk potential constitutional issues, which have received almost no attention. The basic problem is this: although America's Founders were deeply concerned about tyranny, centralized power, and the suppression of individual rights and constructed institutional barriers to prevent those abuses, they never envisioned the mechanisms that pose serious threats today.

One of those threats is one-party rule. It's understandable the Founders missed that since they worked before the age of entrenched and nationalized political parties. The closest analogues were England's Whigs and Tories, but they were a far cry from modern parties. The political world envisioned by America's Founders was populated not by parties but by cross-cutting "factions," much like today's interest groups. The Federalist Papers (especially the famous No. 10, written by James Madison as "Publius") argued that, in a large republic like America, multiple factions would emerge, push against each other, and usually block any one from dominating.