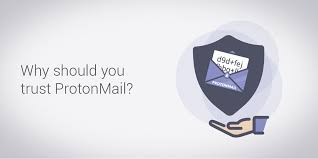 Protonmail has an Onion domain that allows users to visit their site using the TOR browser.  Protonmail even has an SSL cert for that onion address even though it's completely unnecessary. When a user makes a new account with Protonmail on TOR they are re-directed from Protonmail's ".onion" to ".com" address.  This breaks your secure encrypted connection to their onion address, enabling your identification.  There are absolutely no technical reasons for this feature.  In fact, the only other websites that operate like this are suspected NSA/CIA Honeypots.

This is a huge security issue that was either created because Protonmail is managed by Particle physicists who do not understand computer security OR they have been forced to operate their website in a similar way as CIA/NSA honeypots. Both possibilities are serious concerns.

2. Protonmail Does Not Provide "End to End Encryption"

Professor Nadim Kobeissi mathematically proved that Protonmail does not provide End to End Encryption. Meaning, Protonmail has the ability to decrypt their own user's data.  When this was shown to be true, Protonmail users were outraged they had been lied to.  Protonmail was forced to issue a public statement.   Their statement begins like you would expect it would..  by shitting on the security researcher that revealed their dishonesty.   Then they continued to say:  "We lied to our users because other email companies did".   No apologies.  They can decrypt any of their user's data be sending them scripts that allow them to do so.  However they advertise that they can not.  Protonmail's admission proves they offer the same security that Gmail offers.  Both Gmail and Protonmail offer encryption that they can decrypt whenever they want.

3. Protonmail's Was Created Under CIA/NSA Oversight

Gmail & Protonmail were both created in CIA/NSA funded departments with their oversight.  Protonmail has tried to hide this part of their history. We wrote a whole article about it here.